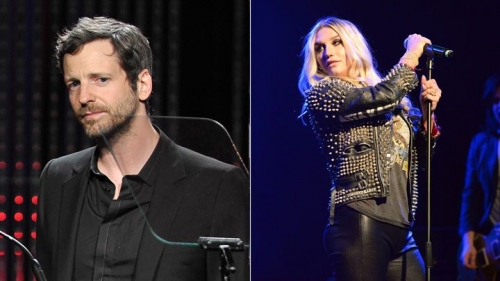 Just days after a New York State Supreme Court judge denied Kesha's injunction to sever contract ties with Sony, citing claims that Sony would refuse to promote any music the artist created without Dr. Luke, the mega-producer's camp fired back, asserting that "any claim that Kesha isn't 'free' is a myth."

This diction, of course, is in direct response to the hashtag "#FreeKesha" that has been making the rounds on social media in reaction to the verdict. Garnering support from fellow artists, spanning the likes of Lady Gaga and Best Coast, the movement has encouraged musicians and fans alike to speak up and raise awareness of the debilitating sexism that plagues the industry. Taylor Swift donated $250,000 to Kesha, and even Kelly Clarkson, Dr. Luke's most prolific collaborator, tweeted this veiled but damning remark:

Trying 2 not say anything since I can't say anything nice about a person... so this is me not talking about Dr. Luke https://t.co/lLhtUHbmgG

As if the notion that a contract is worth more than the right to protect one's body from physical and emotional harm wasn't disturbing enough, Dr. Luke's attorney Christine Lepara has issued a statement alleging that Kesha fabricated her allegations to get out of her contract and that she is free to work without Dr. Luke. Read the full statement below:

The New York County Supreme Court on Friday found that Kesha is already “free” to record and release music without working with Dr. Luke as a producer if she doesn’t want to. Any claim that she isn’t “free” is a myth. The sound decision Friday by the Court in denying Kesha’s motion for an injunction made it clear Kesha’s allegations of purported abuse were unconvincing and that she had no basis to void record contracts and copyrights. Dr. Luke and his companies invested in Kesha’s success through their contributions, Sony Music has already spent over $11 million promoting Kesha, and Sony Music and its label Kemosabe Records are committed to continuing to promote her work.

More significantly, the Court also noted multiple times that her vague abuse allegations were devoid of factual detail, and that there was no evidence, whether from doctors or anyone else, to support them.

Tellingly, Kesha never reported any purported abuse or rape to any law enforcement authority, or even to Sony Music, and further swore under oath in another matter, while accompanied by her team of lawyers, that it never occurred. The goal of Kesha’s counsel throughout has been to obtain a more lucrative contract through a shameless campaign of outrageous claims they will never stand behind in a court of law.

As Dr. Luke has said repeatedly, the allegations against him are outright lies that have been advanced to extort a contract renegotiation and money. Kesha and her counsel have cavalierly subjected Dr. Luke and his family to trial by Twitter, using a vicious smear campaign to ruin his reputation for financial gain while failing to support their claims. Kesha to date has never verified the allegations in this case -even when given the opportunity in her affidavit. Nor has she ever offered a credible explanation as to why she would have signed a second recording agreement, recorded two albums and an EP and signed a publishing deal with Dr. Luke after allegedly being sexually abused. It will further be shown that the incidents alleged never happened.

While Kesha's uphill battle against Dr. Luke, Sony, and the New York State Supreme Court is far from over, it's clear that her supporters won't give up without a fight.