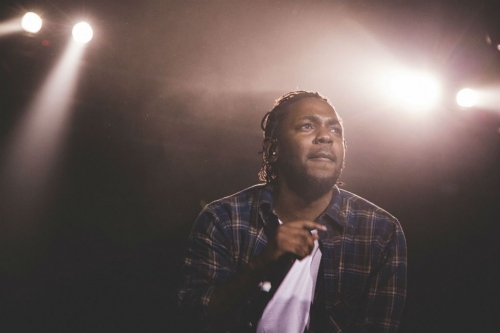 Following "The Heart" parts one through three, Kendrick Lamar, on March 23rd, released his fourth edition in the series. Mirroring the preceding theme of 'let-me-get-this-off-my-chest,' rap's golden boy continued where he left off by, as Vibe puts it, calling out his opposition (obviously, this included Donald Trump).

Kendrick's Instagram was wiped clean and in its place, one post, the roman numeral IV. A fourth album is due from Lamar and in the closing bars of "The Heart Pt. IV" he raps, “Y’all got ’til April 7 to get y’all shit together."

Whichever release Kendrick Lamar has lined up for April 7th you can bet it's going to have some larger than life themes to it. His interview with The New York Times highlighted that he was looking to follow up To Pimp a Butterfly with an avenue to "explore his faith on a deeper level."

Check out the new track below as well as a photo of Kendrick as Jesus for Halloween, I guess he's not only using rapping as a way to explore his faith: