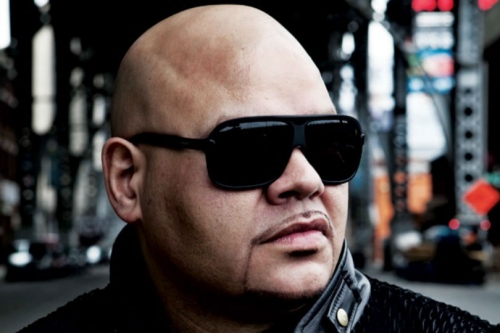 After his initial tour was postponed due to visa complications late last year, I thought my chances of seeing famed New York MC Fat Joe had been dashed forever. Sure, he might not be a household name anymore or considered one of the greats, but this was a guy who dominated the hip-hop charts in the mid-00s with his excellent collaborations and familiar Bronx twang. It seems the hip-hop gods were smiling down on me as Joe finally rescheduled and managed to stop off at The Gov in my hometown of Adelaide, for the third leg of his solo Australian tour.

Even though the 45-year-old Don Cartagena hasn’t release an album in six years, a surprisingly large audience filtered into the venue. Dominated by males wearing mostly black with baseball caps on backwards and older female fans excited about hearing “What’s Luv,” everyone was in a fairly subdued mood to begin with.

As is the case with most hip-hop tours these days Joe was late, giving the supporting DJs more time to shine as they slowly bought the crowd to life with a succession of rap classics. Just over half an hour past his original starting time, Joe - white tee, gold chain and in reasonable shape - appeared with little fan fare, bouncing on stage to his Ja Rule and Jadakiss collaboration “New York.”

The next 40-odd minutes was a showcase of a very sweaty Joe's greatest hits and album favourites, divided into his big club hits and edgier, gangster raps. The more commercial tracks like “Get It Poppin’ (ft. Nelly)," “We Thuggin” and “Another Round” didn’t sound as dated as I’d have thought, while his DJ Khaled features “We Takin’ Over” and “All I Do Is Win” had Joe shouting out his love for Khaled and laughing about his Snapchat (which is a must follow.) Joe’s most popular tracks “What’s Luv” and “Lean Back” both appeared early in the set and got the biggest reception with everyone doing their best Ja Rule impersonation during the chorus of "What's Luv."

The Bronx native, along with his on par hype-man then took things old school, busting out his Big L collab “The Enemy” while spitting his verse from LL Cool J’s “I Shot Ya,” straight a cappella. Joe also previewed a new track from his forthcoming album that I’m pretty sure was played off someone’s iPhone with Joe lip-synching. Considering the quality it was a pretty decent track with a feature from Foxy Brown (I think) and a modern beat that should get a little air play when released.

When Joe decided enough was enough, he thanked the crowd and left the stage only to return less than a minute later after the crowd continued to chant “one more.” Joe obliged, although he seemed to have run out of songs as he dropped “What’s Luv?” for the second time. He bizarrely told the audience “This isn’t a Phil Collins show. When a gangsta rapper leaves the stage that’s it,” before going on to end the evening with another rendition of “Lean Back,” complete with backup dancers pulled from the front row.

I wasn’t quite sure what to expect from a faded icon like Fat Joe, but thankfully he hasn't lost any of his swagger or passion for the music. He might be a little older with a fan base made up of over 30s, but with so many huge records spanning a 20+ year career and an engaging stage presence, you've got to hand it to the guy. He still gets the job done.