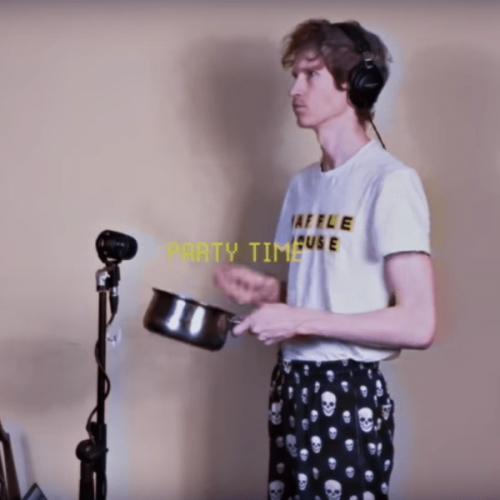 An Interview with Louis Cole: 5 Questions That Require One Worded Answers

Cape Town can be quite inhospitable when she wants. She is nasty by nature, and perhaps even a tad spiteful. Over the weekend of Cape Town's Jazz Festival she was a bit crazed and we all felt her wrath. For the sake of the metaphor I'm about to line up, one could say that Cape Town may have even "taken" some "drugs." My bet, ketamine. You see, to break down this metaphor further, CTICC, where the Jazz Fest took place, is the belly of the city, and in it, amongst the fervent crowds, was a mild amount of confusion, lots of excitement, extreme bursts of sound, and large amounts of unorganized activity; ie. how Ketamine affects users who ingest it.

I had the profound joy of speaking with this weekend's imported substance that got everyone so wasted: Louis Cole, and the cast and crew of Knower.

Having concluded that no one really reads anymore, specifically my writing, and given that I was going to get the chance to chat to Louis, I figured it best to keep the interview as succinct as possible; ie. one worded answers. So, without further adieu, 5 questions that only require one worded answers:

Me: Let's start with when is the album out? (we won’t count this one)

*He didn't actually get asked this question, but the album was released April 5th.

Next, what was your inspiration for the album?

Do you want to stop this interview now?

An artist that has blown up recently and you’ve really gotten into:

If you could be a citizen of any other country in the world for its music which would it be?

Atlantis (which was later changed to South-Africa and I ignored as it was a clear case of flattery, that was then followed by Brazil).

BONUS QUESTION: What is your favorite genre of toilet?

And that, ladies and gentlemen, is about as succinct an interview as they come. Special thanks to me, for getting Louis to wear his Waffle House t-shirt, and God, for creating the planet. 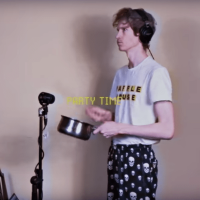