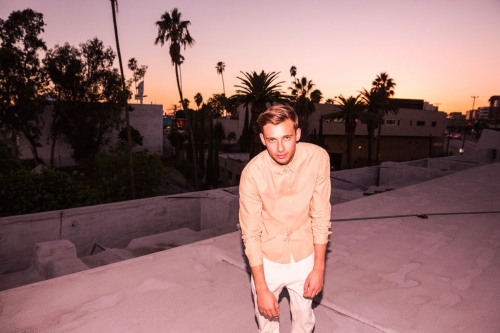 Watch Flume's New Video Clip For "Never Be Like You" ft. Kai

The world is abuzz with news of new Flume, which looks like it is finally around the corner. The young Sydneysider has thus far released two tracks from his upcoming sophomore release Skin, and a video has now been dropped for the first single, "Never Be Like You" featuring vocals from Kai.

The video was directed by Clemens Habicht, who also directed the video for Flume's 2014 single "Some Minds" ft. Andrew Wyatt.

Of the video, directly inspired by the track's lyrics, Habicht explains; ‘It is the story of an emotional state - the delicious euphoric pleasure that motivates the sort of mistakes that precede remorse. In a confused state a girl loses control as she gives in to a delirious beautiful and grotesque abandon that blurs the boundaries between reality, sensation and perception as the world she is in melts away."

Flume will be releasing his sophomore album Skin later in 2016 via Future Classic/Mom + Pop/Transgressive.