Nicholas Cangiano's ability to enter the flow state cuts through a world of straight lines and rules to produce a sound that's been honed to near perfection. His previous single, "Kicked To The Curb", caught my ear, and now, "The Light" has done so too.

I asked Cangiano about music and its place in his life. His answer reminded me of a time when a question was posed to a group. The question was, 'what is truth to you?' One-by-one, each person had to stand up and share what they understood that to be. One man's answer has since stuck with me. He spoke to 'curiosity' and how one can approach life with it, which is how Cangiano approaches music. He explains:

"Music has been something that, looking back, has always been intertwined with who I was since I was really young, but it wasn't until I was about 14 that it became very clear that it was going to be so integral in my life. I think that realization started to set in once I started playing around with actually recording songs, experimenting with looping, and started to kind of approach music in a way that I could write the rules of how I would do things. I think a lot of people lose the magic of playing music because it's associated with discipline, lessons, needing to practice, etc. Which I had when I was really young but when I got older and was able to approach music with that pure curiosity it really became something that became a part of who I was and how I expressed myself."

Excellent percussion and shakers form the foundation upon which beautiful keys broaden the soundscape as the artist's gorgeous vocals pull you in and guide the listener through the song. With stellar string work and beautiful moments like that of a click and a whistle, "The Light" is topped off to completion and for me, it's a work of near perfection.

Cangiano seems to create music from the kind of space where he is a present awareness that watches on loosely as the causes and conditions come together. How then, does one know where creation ends and completion begins? Cangiano explains:

"I do everything myself in making my music and I record in a way where rather than making a demo, recording in the studio, and the song is done, I am shaping a song over several days, weeks, or months depending on the song, and as it nears being complete I am constantly coming back to it and touching it up, adding little details, making tiny edits, etc. So there is definitely a learning curve to learning how to finish a song and actually feel confident that the song is where I want it to be and I think I've gotten better and better at that, especially as my production skills develop and I'm able to get a song to where I want it — quicker and with less fluff." 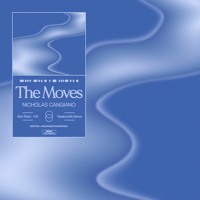 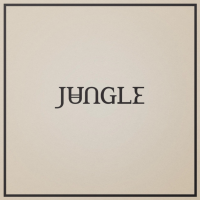 Jungle - All of the Time 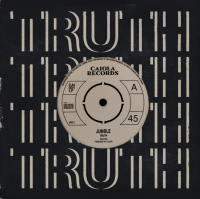