Finding information on No Ceremony/// can prove to be quite difficult. Do they have Facebook or Twitter accounts? Doesn't seem like it...and Google comes up empty. What I have been able to glean is that they're from Manchester, and first made a splash late last year.

For the first six months following their debut, they kept under the radar. No press shots were made available, and the identity of the band's members remained a mystery.

Then, halfway through 2012, they appeared on stage alongside acts like Alt-J and Stealing Sheep. Cat out of the bag, right? Not really...Beyond music, their online presence is still sorely lacking.

At least we've got tracks like this new one, "FEELSOLOW," to keep our interests piqued. 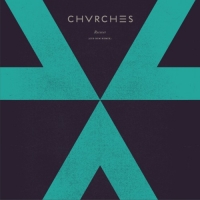