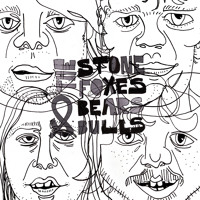 Dante
Published:
Mar 07, 2011
Total plays:
1,520
Saved:
7 times
Sounds like: The Black Rebel Motorcycle Club, White Stripes, Neon Horse
Tags: rock, blues rock, noise pop
Why do we like this?
I have known The Stone Foxes for a few years now. All four members are great musicians, but put them together, and man do you have a bonafide rock and roll show. Selling out The Independent as part of the 2011 Noise Pop festival, the Foxes were joined by other local talent: The Ferocious Few, The Soft White Sixties and Voxhaul Broadcast.

People of all ages trekked out in the rain for rock music of all kinds: garage, blues, and even some light shoegaze. The Soft White Sixties got the show rolling with some great tunes that live up to their name. Next, The Ferocious Few did their hometown proud, with the dynamic duo rocking the stage hard and fast. Their two man set-up and danceable rock reminded me of Death From Above 1979. Their energy was just what the crowd needed, finishing their set before the audience was ready to see them go. Having driven up from L.A. the day of, Voxhaul Broadcast were the biggest troopers of the night, but seeing them onstage, you'd never know it. Making the younger girls swoon and guys nod their head, VB played a good mix of ambient yet moody alt-rock.

By the time The Stone Foxes took the stage, the house was packed and the crowd was amped. The band wasted no time in getting down to business, playing songs from their newest album Bears & Bulls as well as their self-titled debut.

Most of the crowd knew all the lyrics, and people who didn't bought their album right away; a few purchased their album just after their third song. Tracks like "I Killed Robert Johnson" and "Hangman" let everyone know that these boys are more than your usual rock band.

Their pitch-perfect cover of "Little Red Rooster" left many people's jaws on the floor. But that was nothing compared to their encore, a hard and rousing rendition of Black Sabbath's "War Pigs." I actually saw people run back in the venue when they heard the opening notes of the song. That should speak volumes of the stage presence and overall performance of the four locals who have done their makeshift hometown proud.
- Google Dante
Streaming source: http://soundcloud.com/thestonefoxes/11-mr-hangman
TOUR DATES
View all X tour dates for . 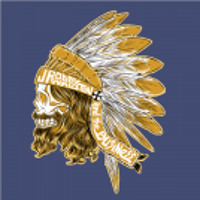 J. Roddy Walston and The Business - Jesus Gonna Do His Best 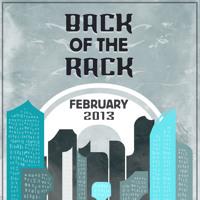 The Stone Foxes - Everybody Knows