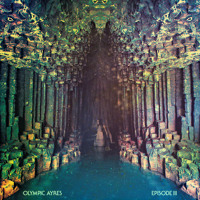 Hugh McClure
Published:
Jul 31, 2013
Total plays:
32,228
Saved:
336 times
Sounds like: Friendly Fires, Bag Raiders, Van She
Tags: indie pop, electro-pop, synth-pop
Why do we like this?
It will come as no surprise to anyone who's followed my reviews over the years when I say that I have a pretty massive soft-spot for Sydney duo Olympic Ayres (Nathan Mifsud and Kamaliza Salamba). Aside from featuring a number of their singles on the site, they were handpicked to perform at our first ever Indie Shuffle Presents showcase here in Sydney.

Since their inception in 2011, they've grown into a five-piece live band, and have just released their third EP, Episode III, from which we've already featured their latest single, "Magic." With the EP now out for everyone to enjoy, we can touch on another track -- "Girl" is the pick of the bunch in my opinion. Produced by the hugely-regarded Jean-Paul Fung (Last Dinosaurs, Jinja Safari), this song showcases the band's ability to perfect indie pop tunes. Typically summery and tropical, the slick synth and bass arrangement sets the tone for Salamba's standout, soulful tones to come to the fore. I challenge you to find something about this song you don't love.

It's been wonderful to watch these guys grow as a band, and even more wonderful seeing them start to draw the attention that their talent deserves. Stream and download Episode III in full on their SoundCloud.
- Google Hugh McClure
Streaming source: http://soundcloud.com/olympicayres/girl
TOUR DATES
View all X tour dates for .