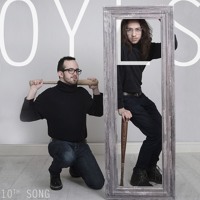 OYLS seem like they'd be fun to hang out with. Their artwork consists of photos of the duo dressed in black turtlenecks posing with baseball bats, sitting back to back on an exercise ball, and inexplicably holding eggs. Instant points for making me giggle.

The L.A. two-piece is comprised of David Kirshenbaum and Michael Lipp, an ex corporate consultant and "failed strip-club DJ," respectively. They bring a clever playfulness to their music while still maintaining an honest sense of intention.

"10th Song" was written and recorded in the dining room of Kirshenbaum's parents' house with a laptop and a mic. That's it. The simplicity and DIY-attitude of their music has earned them a loyal band of followers as well as 500K Spotify streams and a #5 spot on the Spotify Viral charts.

Check out their esoteric take on indie-pop and throw them a 'like' on Facebook. Oh, and be sure to check out their photos while you're there. They're fantastic. 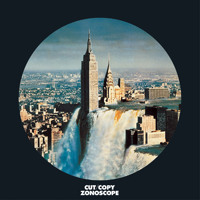 Cut Copy - Take Me Over 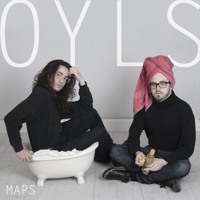