Hugh McClure
Published:
Nov 25, 2013
Total plays:
12,784
Saved:
193 times
Sounds like: Jeff Buckley, Radiohead, The National, Band of Horses
Tags: indie rock, alternative, radiohead
Why do we like this?
An email I received recently referred to Sydney's Paul Conrad as "the male Lana Del Rey," a sentiment I can definitely agree with. After being a part of the local music scene as lead vocalist for Sydney band Rockets, the talented singer/songwriter recently set off on his own solo project. You might remember our August feature of his brooding' debut single "Thanks for Nothing," while he also dropped an incredible cover version of Nirvana's "Something in the Way" just last month.

If you're looking for another dark, emotionally driven masterpiece, then look no further than his new single "Heresy Baby." Conrad's voice is perfectly suited for this type of music -- full of feeling and remorse -- but the style of musical accompaniment has shifted on this track. Gritty and drawn-out, shredding guitars are combined with sections of glittering keys and anthemic choruses, creating a pretty epic soundscape. It's got a bit of early 90s grunge to it given the rawness which Conrad creates with his songwriting and arrangement.

With the two singles, Conrad has set himself up nicely for 2014, with plans for the release of a whole lot more music in the new year.
- Google Hugh McClure
Streaming source: http://soundcloud.com/thepaulconrad/heresy-baby-1
TOUR DATES
View all X tour dates for . 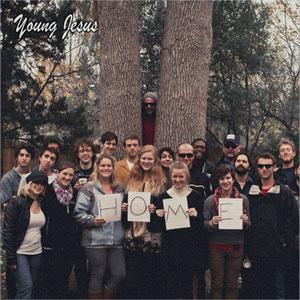