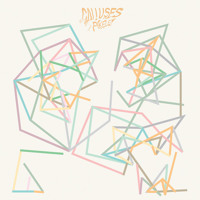 Hugh McClure
Published:
Jul 17, 2013
Total plays:
26,278
Saved:
108 times
Sounds like: Tame Impala, tUnE-yArDs, Animal Collective
Tags: female vocalist, indie rock, psychedelic
Why do we like this?
We first introduced you to Melbourne's Pikelet a couple of months back with the song "Pressure Cooker" (off the band's upcoming third album Calluses). Today we wanted to treat you to a second single titled "Combo," which once again proves what a versatile act Pikelet really are.

While "Pressure Cooker" had a darkness to it, "Combo" follows this up as more of a euphoric, psychedelic journey, made all the more interesting by the somewhat Arabic feel to some of the sampling and guitar used throughout.

The band's frontwoman, Evelyn Morris, has built a pretty interesting name for herself over the years. Aside from founding Pikelet as a solo project back in 2006, she's played in Ariel Pink's band as well as drumming with long-standing Japanese rockers Boredoms.

Having supported the likes of Beirut, Sufjan Stevens and Dirty Projectors, Pikelet strike me as a band with more of an international following than back at home. Hopefully Calluses changes this, as Australia should be proud and aware of unique acts like this.

Make sure to keep up with their album launch dates over on their FB page, with a run of shows up Australia's East Coast scheduled for September/October.
- Google Hugh McClure
Streaming source: http://soundcloud.com/chaptermusic/pikelet-combo
TOUR DATES
View all X tour dates for . 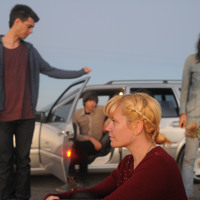