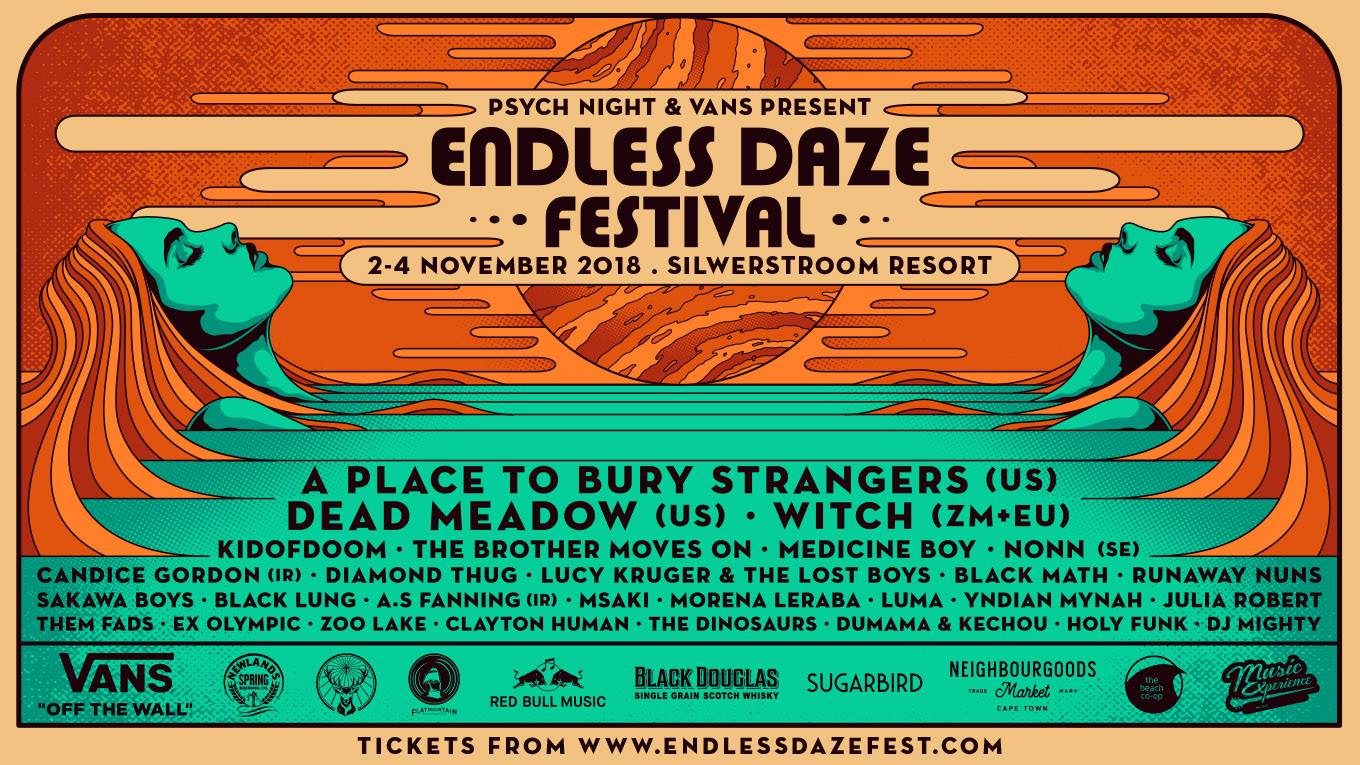 Last year I was dragged away from Endless Daze on the second evening, causing me to miss Thee Oh Sees -- that won't be happening again, apparently they came with two drummers, which I've seen done once at a Soulwax performance and had vowed never to miss again

Acts not to miss, and why:

To be honest the whole lineup looks solid. The way it normally works is the music starts early, seemingly more so than other festivals, transitioning from lighter sounds in the morning to heavier ones later on, naturally. The party shuts down at around 2 or 3 am, it's always a bit of a shock, but the organizers and staff steadfast in making sure it's lights out. To be fair, hypothermia may be a bit of a concern, so shutting off the taps around then isn't a bad call, it also makes sense on the Friday evening considering my earlier comment on what seems to be an early morning kick-off on Saturday.

Endless Daze is probably the most interesting festival Cape Town has to offer at the moment. The music might not be everyone's cup of tea, but the line-up consists of artists who are putting hours behind music that they love, rather than circle jerking around a Beatport folder.