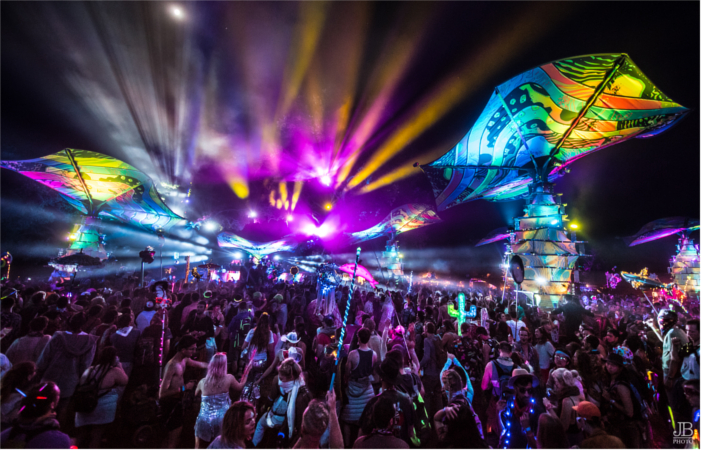 Lightning In A Bottle 2018: Festival Recap

Going to any festival alone sounds like a recipe for awkward, uncomfortable disaster, but I decided to go to Lightning In A Bottle on my own, and I ended up meeting some of the coolest people along the way. When you're at a festival that isn't just about the music, and you're camping with over 30,000 people who are focused on being as mindful and loving to each other as possible, you're kind of stuck having a good time with good people.

There were insane amounts of workshops, spiritual teachings, an entire tent that had yoga every day, and places like Meditation Mountain, where you can go relax and escape from the stimuli in a serene environment. The lake had people on floats, all weekend. There was a moment where I was laying on a pool float, and people were feeding me drinks, popsicles, grapes, and cigarettes. I felt like a king all weekend. I even learned how to make gnocci while I was there, which was so weird, but so cool.

Even the food vendors did their best to make sure you are having the best weekend of your life. I ordered some french fries, and the dude knew I needed more salt, so he sprinkled them on like "salt bae" for me. There were people helping all of the attendees cross the road, while telling them jokes and spraying them with water to keep them hydrated. There wasn't a moment there that I wasn't amazed at how much love and care was put into the event.

The lineup was diverse and all of the stages provided their own unique, immersive experience, and gave you plenty of options to choose from. PK Sound provided the sound for Lightning Stage, which was the main stage, and the bass was seriously loud. Jhene Aiko did a surprise set, and ZHU did a dark house set as well a live set. Ultimately, Lightning In A Bottle is the festival that sets the bar for what a good festival is, and I can't recommend attending enough.