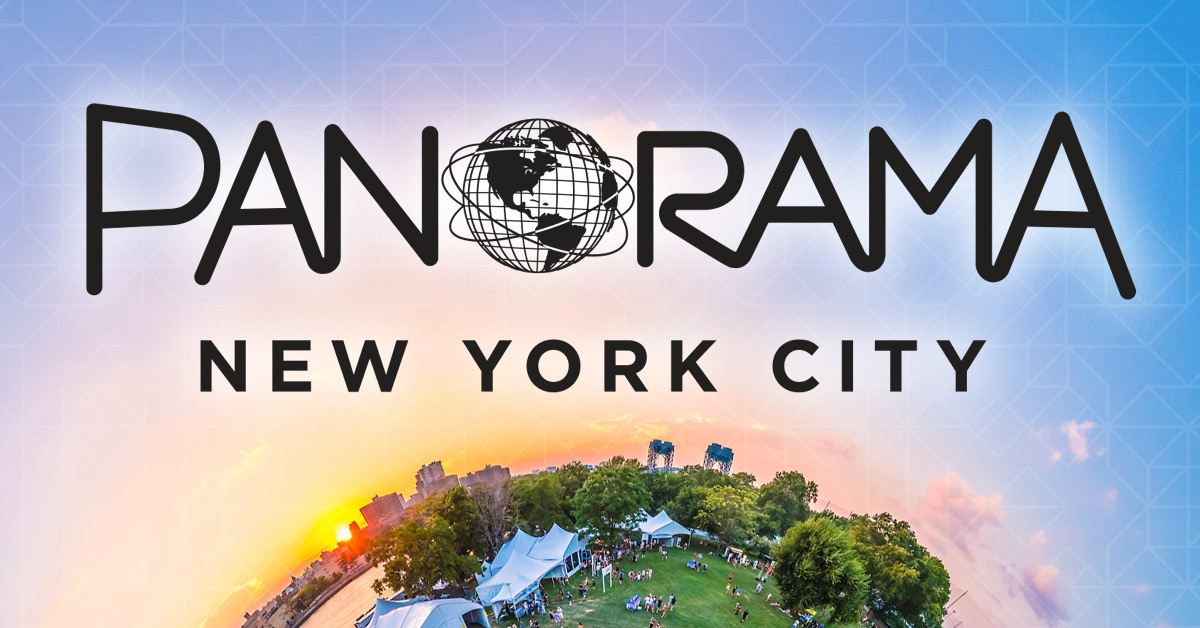 Panorama Festival in New York City last weekend was so huge, it needed two headliners for each of the three festival days. Of those headliners, the price of admission alone was worth it just to see Frank Ocean on the main stage.

Frank Ocean has always been the ultimate live music myth—having performed so rarely in the U.S. or anywhere. For his second U.S. performance this year he wore noise-canceling headphones, blue hair and a t-shirt asking if we're all better off being quiet. That's Frank for you—muted, understated and apparently oblivious to how extraordinary a performer he is.

Even without Frank, the middle Saturday was the best one-day line up of the New York festivals this summer. Billed as the indie rock day, there was enough variety music to cover off all kinds of tastes. Hot Since 82, and later Nicholas Jaar, killed it inside a small tent stage that was like a heaving nightclub with a squishy grass floor.

Elsewhere, the Australian takeover of the main stage on the middle Saturday wasn't lost on me. Jagwar Ma kicked it off, Nick Murphy came next and Tame Impala put on their biggest ever U.S. live show. Vince Staples broke up the Aussie run in the late afternoon over an orange and black filter broadcasting his set on the two giant screens straddling the main stage.

Getting back to Nick Murphy, last time I saw him live was as Chet Faker on a Coachella stage a few years ago. He has kicked up his live performance since then, bringing more energy and talent than I’ve ever seen from him. He also added Marcus Marr on guitar so they could perform that entire EP they released a few years ago.

A live performance gives Nick the opportunity to do what I really think he enjoys—banging out tunes while seated at a piano and with his trademark long outros. Whatever the reason behind his name change away from his pseudonym, a layer has been shed and we’re seeing a raw and harder sound. Nick previewed a couple of new tracks, all but confirming his new sound direction.

What’s great about Panorama is it how big it isn’t. In only its second year, Panorama is put on by the same company that produces Coachella every year. The line up is huge and the crowds aren't crushingly bad, making Panorama New York's best-kept summer festival secret. It pulls a more discerning crowd of real music fans who go for the music quality and not just for the sake of what their friends think is cool.

Here’s the best of the best from Panorama last weekend.