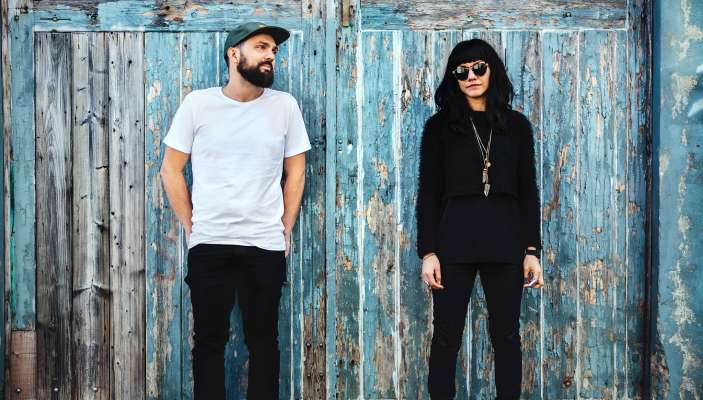 July has been an exceptional month for Australian music. From minimalist electronica, to indie rock, to an artist who’s been described as sounding like the “love child of Chet Faker and Flume” – July’s edition of Sounds Australian will introduce you to my favorite releases from the Land Down Under.

Woodes – “The Thaw”
The latest release from this Australian songstress is best described as a mesmerising slice of intricate electronica. Woodes’ slinky vocals and the layers of textured production sound like a delicate mix of Banks and Kllo.

cln – “Mist”
Brisbane producer cln is a jack-of-all-trades – he produces, mixes and masters all of his own work. “Mist” is filled with rippling arpeggios and wavering synths that cln himself designed. If you’re in the USA you can catch cln on tour from August 18.

Brutalist – “Strep”
Brutalist is a new duo featuring none other than Lucianblomkamp and John Hassell, who’s one third of Sleekae. “Strep” is the first release from Brutalist’s upcoming mixtape, and if its trickling synths and crunchy assortment of beats is anything to go by, the album is going to be something special.

Polarheart – “Forward”
“Forward” is a heart-felt piece of electro-pop from Sydney duo Polarhearts. They’ve been around since 2013, and have already achieved some pretty great things, including the feature of their single “Paralyse” on Showtime’s series, Roadies.

Phebe Starr – “Lavender Scars”
“Lavender Scars” is an intensely personal release from Phebe Starr. She captures the pain and confusion that comes as a result of someone passing away. Her vocals will haunt you with their ethereal grace and yearning strength.

Vincent Sole – “Don’t Waste My Time”
Indie Shuffle reviewer Tobias Handke got it in one when he described Vincent Sole as sounding like “the love child of Chet Faker and Flume”. The 18-year-old Melbourne artist’s latest release simmers with bubbling synths and deep house beats.

Jack River – “Talk Like That”
I discovered Jack River after hearing the news that she signed to I Oh You, the label responsible for managing the likes of Violent Soho, DMA’s and DZ Deathrays. Her new single “Talk Like That” takes her hypnotic indie-pop sound to a whole new level.

Mallrat – “For Real”
Opening with a catchy piano motif and simple finger clicks, Mallrat’s “For Real” is an upbeat combination of electro-pop and hip-hop. There are great things to come from this talented 17-year-old.

L-FRESH The LION – "1 in 100,000"
L-FRESH The LION is one of Australia’s most inspiring hip-hop artists. His music is powerful in every sense of the word – from heavy, shuddering beats to the thought-provoking lyrics.

Omar Musa – “Freedom” (Ft. Mataya)
Omar Musa is another Australian hip-hop artist whose work is both powerful and introspective. “Freedom” has its feet in the hip–hop world, but it’s not an avalanche of heavy beats. It’s more personal and reflective, and is also the first track from Omar Musa’s upcoming EP, Dead Centre.

The Ocean Party – “Back Bar”
“Back Bar” sounds as though it’s fresh from the beachside, with tight indie-rock drumbeat and layers of summery upbeat vocals. Surrender to the waves of this light-hearted release, and let it transport you to a whole new world.