Ra Ra Riot All I Fear

If you wanted more from Ra Ra Riot, it's your lucky day because they are releasing a special Binary Mind 10" for Record Store Day (April 20, 2013). This 10" includes unreleased song "All I Fear," an indie pop track with great violin work, good bouncing drums, and solid guitar strumming. The 10" will also feature demo versions of  "Binary Mind," "Wilderness" and "I Shut Off." 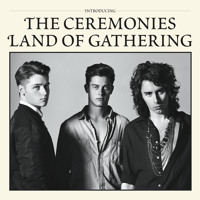 The Ceremonies - Land of Gathering