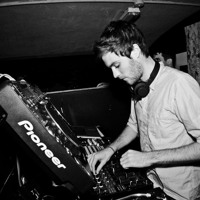 RSkotarczyk
Published:
Apr 11, 2013
Total plays:
15,341
Saved:
152 times
Sounds like: Johnbear, Disclosure, EPLP, FJK, HNNY
Tags: Electronic, house, instrumental hip-hop
Why do we like this?
This afternoon, I was debating with a friend of mine over genres, specifically "future garage." His argument was that bloggers are so over-saturated with music that they've been referring to anything vague and electronic as future garage. Sort of like the lazy man's approach to genre selection. This may be true, but I'm not one of those bloggers. I'd sooner create a new genre to describe a song, rather than tag a pre-existing one to an unsuitable track. That's just confusing and lame, so to those of you that do it -- bad bloggers! Bad! Educate yourselves.

Now I'm not the defining voice, but dammit I try to be. So let's get it straight readers, listeners and bloggers: this new track from Real = "future garage," and it's a damn good representation and a damn good track. Note the synth sounds, the way the vocals are chopped/pitched, the bounce of the beat, and the general flow.

If you get lost along the way, use Disclosure for reference. They basically created the genre, and I say "created" like Detroit created techno. Really, future garage has been around for a New York minute. As the name implies, future garage is an amalgamation of all sounds and styles found in the metaphorical "garage," paired with a forward thinking outlook of all things futuristic and glorious.

Sound familiar? Yeah, it's basically the ideology behind techno. But as my friend also pointed out, "I mean really, everything is techno" and this is true, because techno started as more of a mindset -- a way to be -- than a sound. But now I'm starting to confuse myself, so let's just leave it at that for now and enjoy "You + Me." It's as slippery and cool as a slip and slide.
- Google RSkotarczyk
Streaming source: http://soundcloud.com/real/you-me
TOUR DATES
View all X tour dates for .