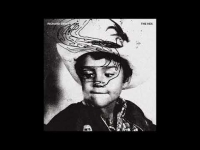 Richard Swift's single, "Broken Finger Blues," is an old school, R&B/soul treasure that blurs the line of modern and decades past.

If you weren't familiar with Richard Swift, you'd think this track was released when R&B and soul were in their heyday. The punchy piano paired with the vocals creates a harmonious synergy while the electric guitar provides a sheath of blues that demands your attention. The percussion holds down the foundation, laying down a rhythm that ebbs and flows with the overarching blues & soul hybrid that the late Richard Swift so effortlessly creates.