Robby Hunter Band Hard On Me

I was a little surprised to see Miami's Robby Hunter Band releasing new material on a Friday, considering I rarely come across anything new during the weekend. Nonetheless I will review the hell out of their debut single, "Hard On Me."

The band describes this track as:

"...a dancey dollop of doo-wop that merges Motown pop appeal with Phoenix-y fatness, all the while taking on the timeless subject of sexual frustration. Relieve your auditory boules bleues with a jam that your grandma can get down to."

That sums up the song quite nicely. I would say that they have a very Chromeo-like sound, minus the electronic elements, combined with some of Breakbot's soulful beats.

These guys literally joined Facebook about a week ago, and performed at Austin's SXSW showcase this past weekend -- talk about being thrown into the deep end! 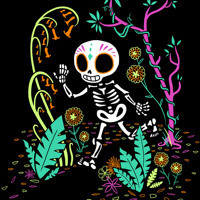