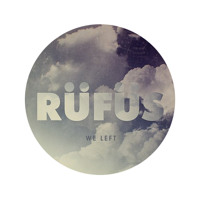 Hugh McClure
Published:
Feb 15, 2011
Total plays:
37,030
Saved:
137 times
Sounds like: Massive Attack, the Presets, Gotye, Seekae
Tags: Electronic, indie pop, electro-pop
Why do we like this?
I like pleasant surprises, and RÃœFÃœS definitely fall into the very pleasant surprises category. Turning up early before another gig, I was blown away by them playing as the second supporting act of the night. Combined with a stellar stage presence, big things are expected of this Sydney three-piece.

Very new onto the scene, the founding members, Jon George and Tyron Lindqvist, were drawn together by mutual friends, and got to work on writing their musical infant in the tranquil Byron Bay in early 2010. The fruit of their labour is a beautiful merging of dance, folk, and pop elements. The self-titled EP contains six exquisitely crafted tracks, with the two singles, "We Left" and "Paris Collides" as the standouts. Not on the album but equally tremendous is a version of Gotye's "Heart's a Mess," aptly renamed "Trent's a Mess."

Their Scandinavian roots are extremely evident, giving their songs a fresh feel, and their music has been put on high rotation around Europe. International men's fashion house HUGO BOSS are also featuring the aforementioned "Paris Collides" on their February playlist.

The uniquely icy, haunting beats pierce the soul of the listener. Their production on the album is fantastic and the translation from music to their live show is seamless, with talented drummer James Hunt being recruited by Jon and Tyron to complete the group. With a big year of touring and writing ahead of them, expect to hear more of these three very shortly.
- Google Hugh McClure
Streaming source: http://soundcloud.com/xxy-1/r-f-s-we-left
TOUR DATES
View all X tour dates for .