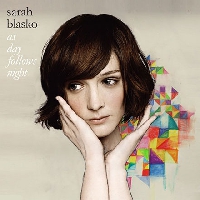 When two of Australia's favorite and most enigmatic artists get together, you know the result will be special. This is exactly what's happened with the Presets remixing fellow Sydney-sider Sarah Blasko's single "Hold On My Heart." Over the past decade, both artists have been at the forefront of Australian music - consistently praised for their originality and brilliance. That said, they're completely different, and that's what made this collaboration so intriguing.

The track, taken from Blasko's highly celebrated 2009 album As Day Follows Night, was completely warped. Blasko's music is typically lyric-driven and heartfelt, while the Presets are known for their twisted take on dance music. It's somewhere in between, with Blasko's smokey voice drifting over unfamiliar poppy, groove-laden synth and drum layers. It's not a familiar sound from either, but it still works nicely.

With both having albums due for release in the coming months, expect to see a lot more of them in 2012. Here's a version of the original track filmed in a tattoo parlor. Just "˜cause.