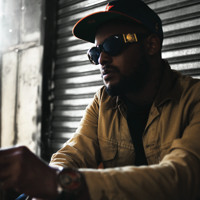 ScHoolboy Q THere He Go

I found variations of this phrase becoming somewhat of a mantra for me was as I was listening to ScHoolboy Q's 2012 album Habits and Contradictions a couple days ago. "THere He Go"  came on, and after the first 30 seconds I was banging my head against a wall trying to figure out what track he was sampling. I'll save you the leg work -- it's "Wet and Rusting" off Menomena's 2007 album Friend or Foe that serves as the musical backdrop for this song. It's an obscure sample, and I don't hold it against you if you don't recognize it, it's also just a tiny snippet of the original song. But back in 2007 I was wetting my chinos about that album, and today I had all but forgotten about it. So it seemed strange that Schoolboy Q would rehash that musical memory for me.

As I listened through more of Q's stuff I was pleasantly dumbfounded at the musical range of samples in his repertoire.  Sampling is a a common practice in rap at large, and ScHoolboy Q (who raps along side Kendrick Lamar and Ab-Soul under the Top Dawg label) is certainly no stranger to the practice. But from Woodkid to Warren G to Genesis to Portishead, I kept being surprised at the musical influences that surface in his album.

I like Q's looser rap structure; he's a bit more goofy than his labelmates in terms of his diction and vocal delivery, but there is a sophistication that underlies his work, and his choice of sample tracks demonstrates a general interest in music that spans genres as well as eras. I'm not sure to what extent Q himself is picking the samples as opposed to studio producers, but I've been continually surprised by what keeps coming up in Habits and Contradictions. Stay tuned for his major-label debut, Oxymoron, due later this year.
- Matt Kramer
Streaming source: http://soundcloud.com/additionalpacks/schoolboy-q-there-he-go
TOUR DATES
View all X tour dates for . 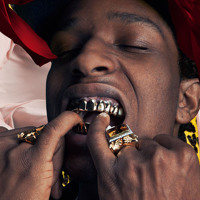 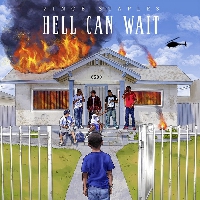