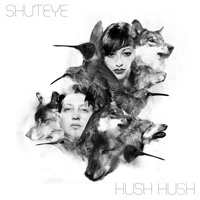 John Matthew Simon
Published:
Nov 28, 2012
Total plays:
2,997
Saved:
36 times
Sounds like: The xx, Ladytron, The Knife, Peaches
Tags: Electronic, shoegaze, the xx
Why do we like this?
The Chicago new wave duo Shuteye have self-released their debut LP, Hush Hush, to much fanfare. The duo produces a sound reminiscent of Ladytron and The Knife; a mixture of shoegaze, electro, and synth-centric techno.

The group has been lauded as one of the best new bands emerging from the Second City, already opening for acts like Crystal Castles, Peaches, Toro y Moi and more. Here we have the first single, "Hearts And Stones," from their debut long-player. A debut that is chalk full scintillating vocals and progressive beats, which will certainly captivate the minds, ears and hearts of the listener.

If Hush Hush is an indicator of things to come, then look for this duo to be taking over the sound waves and pushing a new style of EDM to the forefront of American bangers and raves.
- Google John Matthew Simon
Streaming source: http://soundcloud.com/shuteyemusic/hearts-and-stones-1
TOUR DATES
View all X tour dates for . 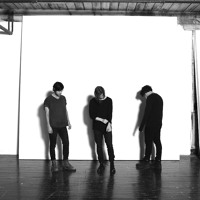