Tobias Handke
Published:
Aug 01, 2013
Total plays:
36,578
Saved:
391 times
Sounds like: Austra, Niki and The Dove, Purity Ring
Tags: Electronic, female vocalist, electro-pop
Why do we like this?
New York, London, Los Angeles, and Toronto. What do they all have in common? They're the four most diverse and scene-defining musical cities on the globe right now. "Toronto?" I hear you ask. Yep, it's that good. Drake, The Beaches, Feist, The Weeknd, Bahamas, Fucked Up, and Austra are just a few of the most recognized artists thriving in the vibrant Toronto scene. Some Minor Noise could be the next.

Meeting in 2011, Wayne Doe was set to produce Jane Void's solo project, but the two found themselves more musically compatible, deciding to collaborate as Some Minor Noise. Having released their self-titled debut EP last year, "Understanding" is the first preview from their upcoming long player due later this year.

Finger clicks, warm synths and Void's rousing vocals all contribute to the lo-fi, late night vibe "Understaning" conjures. While you can imagine dancing the night away with a few vodka shots to the electro goodness of "Understanding,"  I'd prefer knocking back an aged whiskey in the comfort of my own home. Either way, this is gorgeous.
- Google Tobias Handke
Streaming source: http://soundcloud.com/someminornoise/understanding
TOUR DATES
View all X tour dates for . 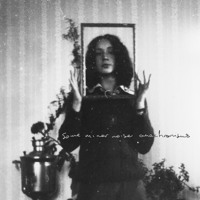 Some Minor Noise - It Never Ends