Taylor Fife
Published:
Mar 13, 2010
Total plays:
7,444
Saved:
6 times
Sounds like: North Mississippi All Stars, Squirrel Nut Zippers, Alvin Youngblood Hart
Tags: folk, blues rock, bluegrass
Why do we like this?
Music fans love to sit around and muse about what it would be like for long-dead artists to jam with current performers, or how current stars would fit in if they found a time machine and rocked out with musicians in the past. Members of the South Memphis String Band must have had some of these thoughts on their minds as they sat down to record a dozen arrangements of traditional songs, folk-blues standards, and at least one original.

This supergroup, comprised of Alvin Youngblood Hart (Grammy Winning Bluesman), Jimbo Mathus (Squirrel Nut Zippers), and Luther Dickinson (North Mississippi Allstars, The Black Crowes), masterfully channel jug bands of the past with expertise, passion, and giant helping of jamming soul. There doesn't seem to be a jug player, but like any good skiffle or string group, the band features mandolin, banjo, and guitar, with touches of kazoo, fife, harmonica, washboard, and other simple percussion. The instrumentation helps the band get their old-timey feel, but the arrangements and attitude in the recordings are what evoke images of roaming the northern Mississippi hills during the great depression. The music itself recalls a time and place long gone, but the lyrics add another dimension to the romance of the past with songs about bootlegging, Jesse James, and Bloody Bill. Call-and-response work songs, fiddle jams, and spirituals all get a nod on the album, as well.

I've come to understand that the band isn't particularly interested in having their music spread around the blogosphere, but this is the sort of album that is so good it would be a disservice not to tell everybody possible about it. This album does nothing less than cut

straight to the soul; the South Memphis String Band bring you back to a time you've only read about and seen in movies, a time before commercialization and profit in music, when songs were performed to praise, mourn, forget, remember, unite, and rejoice. Of course, I may be a touched bias"”my predilection for folk music should be obvious if you've seen my Woody Guthrie tattoo. It seems that the three gents in this group are already well on their way to becoming the stuff of legend and lore, and I imagine even casual fans of folk and blues will agree. The album is a masterpiece the whole way through, and the only reason I felt remorseful after my first listen was because it was over. Oh, and I was hoping for a good ol' "come a cay, cay, yippee, come a cay, cay, yippee, yippee, yippee, yay," but I suppose I'll have to see a live show for that. 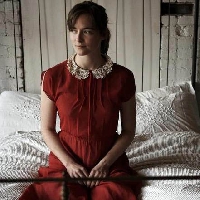 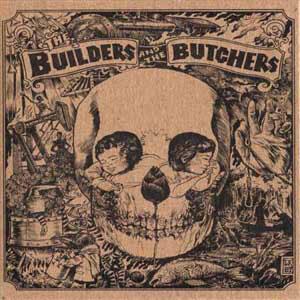