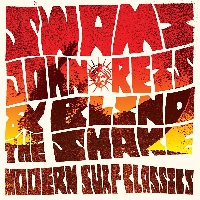 Take west coast rock legend John Reis (aka, Speedo, Slasher, The Swami), pit him with garage noise trio The Blind Shake, and you get Swami John Reis & The Blind Shake, one hell of a collaboration we probably didn't know we wanted paying homage to 60s surf rock classics.

About two months back, the band released the track "Brown Room," which is the sort of laid-back instrumental that's just, well, nice. You know, twanging guitar lick-filled melodies that's sweet and floating.

The song is essentially what happens when you take a basic, up-beat surf composition, inject it with adrenaline, then lace it with a shit ton of blow. It's that fierce, that aggressive, and just that goddamn mean. There are no serenading "oohs" and "aahs," saccharine lyrics about summer love, or euphoric, nostalgia-inducing rhythms here, my friends. Just two minutes and 45 seconds of delicious mayhem that's pretty much telling us "surf's up motherfuckers," and the message rings clear right from the start.

"Sea Saw" fires a spitting assault of high-speed tremolo picking over drums pounded so emphatically, that it sounds like drummer Dave Roper is looking to beat out a catharsis. Then at the 1:17 mark, an ululating saxophone solo blares right until the very end, leaving you wide-eyed and in a state of orgasmic coma.

Swami John Reis & The Blind Shake's album Modern Surf Classics will be out on January 27. Put it on your record shopping list. 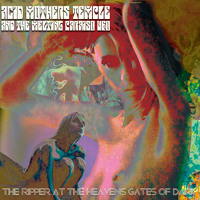 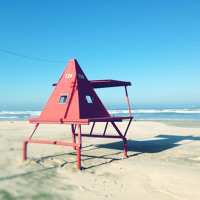