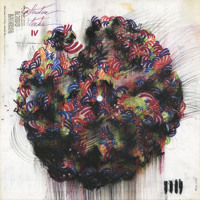 sweeney kovar
Published:
Oct 20, 2010
Total plays:
5,920
Saved:
7 times
Sounds like: Flying Lotus, Architeq, Ras_G
Tags: Electronic, house, ambient
Why do we like this?
Teebs (his real name Mtendere Mandowa), was an accomplished painter and skater before he ever picked up a sampler and attempted to make his own compositions. A resident of the Chino Hills suburb of L.A., he was inspired by weekly trips to the beat mecca that is Low End Theory downtown every Wednesday night. From there he joined a local music and art crew My Hollow Drum, picked up an SP-303 sampler, and dove into beat making. He moved closer to L.A. for some time, staying in the same apartment complex as Flying Lotus and sharing an apartment with Samiyam, which only solidified his ties with the local music scene and the Brainfeeder crew.

Ardour was released October 19, and is the first full length offering from the 23-year-old producer, a collection of mostly instrumental compositions. The title is fitting as the subtle passion in the tracks is palpable. Teebs is more concerned with crafting a mood rather than a crazy beat, as all tracks share a warm intimacy that makes it hard to believe young Mtendere has only been making tracks for a few years.

There is an overlap in the aesthetics of Teebs' work as a painter and his music. The images share a similar intimate, emotive quality as his sounds. Label boss Flying Lotus once famously described Teebs' music as sounding "how Avatar looks." The succinct description is very apt; Teebs constructs electronic melodies that are sublime, lush and touching.
- Google sweeney kovar
Streaming source: http://soundcloud.com/risker/teebs-gaby-hernandez-long-distance
TOUR DATES
View all X tour dates for . 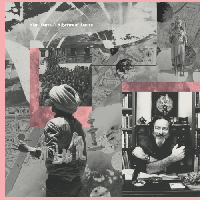