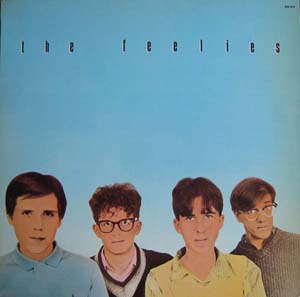 Jason Grishkoff
Published:
Sep 18, 2009
Total plays:
3,289
Saved:
14 times
Sounds like: Byrds, The Velvet Underground, The Talking Heads, Yo La Tengo
Tags: alternative, 80s, punk
Why do we like this?
Sure, this album was first released in 1980, but it was just re-issued by Bar/None Records, so I don't feel I'm stepping out of line by bringing it to your attention. When The Feelies came to manhattan in the late 70s (from somewhere in the suburbs of New Jersey), they brought a jangly upbeat new-wave punk that sounded fresh. Pretty soon their uber-nerd look had enraptured the hearts and minds of many upcoming artists, from R.E.M to Weezer (see the Blue Album cover). Their album, however, flopped.

While the pure, raw sound of this music gets me interested, it's the percussion that really draws me in. Pitchfork puts it quite well:

The focus and direction of the sound hangs on Mercer and Million's guitars, but the essence of the album-- the DNA sequence not found anywhere else-- is its percussion tracks. Cymbals and hi-hats are ignored almost entirely-- too cathartic, too showy. Almost every track is overdubbed with a dry chorus of cowbells, claves, woodblocks, bells and maracas. Glenn Mercer's credit on a cover of the Beatles' "Everybody's Got Something to Hide Except Me and My Monkey" reads: "other guitar, vocals, bell, coat rack." Drummer Anton Fier thumps out the words NOT TIRED YET NOT TIRED YET NOT TIRED YET in Morse code on his tom-toms. Presumably, shows ended with the rest of the band unplugging him - pitchfork

The simple formulas featured in Crazy Rhythms proved to be The Feelies' lasting legacy. It took them six years to produce their follow-up album, Good Earth, which was, by comparison, considerably more folksy. Gone were the jangle, the percussion, the two-chord repetition. Gone was any hope of breaking into the main-stream. Two more attempts and little success later, the band disbanded in 1992.

The 2009 bar/none re-issue features remastered originals, as well as a cover of The Beatles' "Everybody's Got Something to Hide". I haven't a clue what inspired bar/none to bring The Feelies back out of hiding, but i've gotta hand it to them: this album fits perfectly in today's modern (and oft-nostalgic for the 80s) indie scene.
- Google Jason Grishkoff
Streaming source:
TOUR DATES
View all X tour dates for . 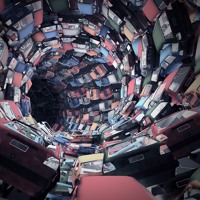