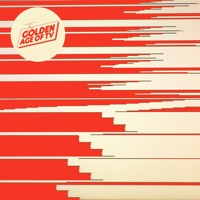 The Golden Age of TV Caught In Doors

Leeds quintet, The Golden Age of TV, won't be flying under the radar much longer if latest single "Caught In Doors" is anything to go by.

The first song released from their upcoming self-titled EP, Caught In Doors, is salivating indie-rocker pushed forward by cascading guitars, pummeling percussion, and Bea Fletcher's stunning vocals. Discussing the bombastic tune Fletcher had this to say:

'Caught In Doors' is the feeling of being stuck in one place, struggling to move. Financially, socially, in a career - whatever it is, it's about the need to switch up your routine or change your image. In the chorus, seeing my hair "collecting in piles" metaphors that build up of an itch for change.

If you like what you hear be sure to check out the band's other two releases here and stay tuned to Indie Shuffle for more details regarding their next release.

THE GOLDEN AGE OF TV