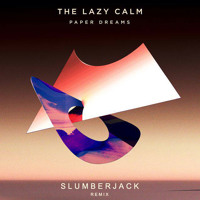 Hugh McClure
Published:
Nov 22, 2013
Total plays:
13,668
Saved:
152 times
Sounds like: Ta-ku, Cashmere Cat, Giraffage, Sweater Beats
Tags: hip-hop, remixes, electro-pop
Why do we like this?
While it's still in Australia, Perth is a long way away from where I live (Sydney). While the other East Coast music hubs (Melbourne, Brisbane, etc.) are relatively easy to keep up with, the Perth vibe is difficult to monitor, which makes me even more intent to keep an eye on it! With acts like Tame Impala, Ta-ku, and Sun City all calling Western Australia home, you can understand my interest. Now, you can go right ahead and add The Lazy Calm and Slumberjack to that list.

I've featured both of these acts over the past month and a half, and now bring you their collaboration, with production duo Slumberjack remixing the Lazy Calm's recent single "Paper Dreams." Slumberjack's version of the track is a much heavier, bass-heavy release than their own music -- it actually reminds me of fellow Perth native Ta-ku's sound -- but still contains that watery vibe we loved on their single "Crave the Rain."

With a number of festival appearances on the horizon, it's an exciting time for Slumberjack, who've also released a couple of other remixes for Bombs Away and Wave Racer.
- Google Hugh McClure
Streaming source: https://www.youtube.com/watch?v=Cbw8HGdKwcc
TOUR DATES
View all X tour dates for . 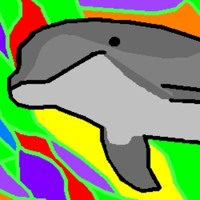