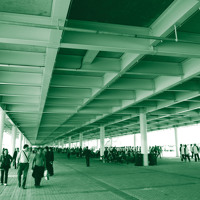 RSkotarczyk
Published:
Jun 04, 2012
Total plays:
12,411
Saved:
24 times
Sounds like: Kezla, Kevin Saunderson, HNQO, Morgan Geist, Disclosure
Tags: Electronic, house, deep house
Why do we like this?
DEMF is a very subjective experience. Obviously, music is digested in different ways and perspectives can be as relative as the distance in which you stand from the stage. Of course, we are all entitled to feel different things, but for the tastemakers there were some common denominators and certain sets did indeed pack more heat than others. Among them were The Martinez Brothers.

When I told people I was reviewing them, people said, "Aren't they those guys on the Blackberry commercial?" Yes, they are, but the brothers are far from just a couple of pretty faces, and though exploitation and commercialization go hand in hand, this was never their intention. If anything, they see the publicity as a positive thing for dance music.

"A lot of young kids are getting into dance music now because it's so popular, but they are getting fed the commercial stuff. It's important for them to know that there is other aspects of this music that go way beyond just the mainstream. For Blackberry to expose us and expose that side of music, I think it's amazing," says Steve Martinez, now 23 years old.

Wise beyond their years, these boys have a musical vocabulary far more expansive than your average DJ. Well fed on a diet of salsa, latin, jazz, African music, and hip hop, it was their father that inevitably guided them to house music. Steve Sr. was a former party goer himself, so his offspring had access to dad's colorful history and the music he himself digested at that time. Not only that, but they grew up learning to play a variety of instruments, and by 12 and 14 years old, they had made their first cassette tape (which was so good it caused their dad to pull over the car in disbelief).

A few years later, their first release "Rendition" got the attention of Dennis Ferrer. It didn't take Ferrer long to realize he was in the presence of raw talent. The boys were signed to Ferrer's label, Objektivity, in 2007. From there, they managed to tour all around the world, secure a massive European fan base, and continue to make waves in the States.

All this before the age of 24. That's pretty impressive.

But enough about the back story, what about the show? It was fucking good. Chris brought the disco, Steve brought the deep house, and together their set was quite sexy. I found myself on stage compelled to stay and dance. Not only was the music fucking killer, but their energy was infectious and I was completely mesmerized in their presence.

I can honestly say that theirs was one of the top five sets I caught at DEMF. Dirty base lines, funky beats, and whether or not it was an abstraction of the sound or a physical application, the music was all embedded with hip-hop undertones -- a hard thing to combine and still manage to remain very much house.

I've neglected to mention that these boys grew up in the Bronx where hip hop is worn like a second skin, but as I've said before, the gap between hip hop and electronic music is becoming increasingly close.

"There are a lot of hip hop DJs playing house tracks now. That's not so far fetched anymore. It's becoming more integrated again which is good. We just need to diversify a little bit," says Steve Martinez. In a NY Times interview, their mentor, Ferrer, added, "The hip hop kids are thirsty. They want something new. They see 'we've got somebody our age to look up to,'" adding that TMB represents the new demographic.

Those are some big shoes to fill, but The Martinez Brothers aren't real concerned with all the hype. Their MO is introducing people to an eclectic selection of great music. They seek to enlighten with a combo of musical history and a fresh perspective, urging all to feel good, let go, and dance. At the bottom of everything, it's obvious Steve and Chris are loving what they do and they're damn good at it. At such young ages, they will only get better and that is exciting. So my final summation: TMB are an act to know if you don't already. If you DO,  I think you will agree -- they are pretty fucking rad. Truth. 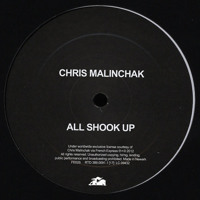 Chris Malinchak - All Shook Up 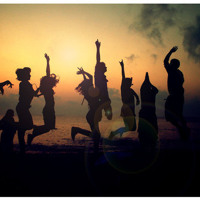 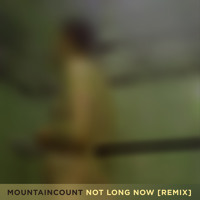