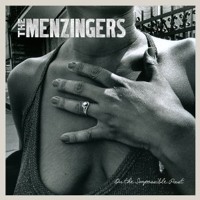 Eric Shapiro
Published:
May 02, 2012
Total plays:
3,063
Saved:
21 times
Sounds like: Gaslight Anthem, Cloud Nothings, Against Me!
Tags: punk, punk rock, cloud nothings
Why do we like this?
With 1990s nostalgia in full swing, contemporary rock bands have taken to mining the motifs of that decade's music to an unprecedented degree. Some artists, such as Cloud Nothings (check out their latest release, Attack on Memory), channel the abrasive grunge rock sound associated with the early 1990s.

Others, like The Menzingers, draw their inspiration from the pop punk bands that arose in the wake of the alternative movement's self-immolation. With the possible exception of Green Day, posterity has not been kind to such bands. Still, one would be remiss to pass them over because they bare superficial similarities to bands that hipsters justifiably love to hate.

The Menzingers possess an acute songwriting sensibility that far transcends the post-pubescent tirades that their sound might call to mind. Lyrically, they bring to mind bands like The Hold Steady and Drive-By Truckers. With Greg Barnett's emotional (in the best possible sense of the word) vocal delivery and the band's juicy barrage of power pop hooks, The Menzingers hit harder and resonate more deeply than most contemporary punk rock outfits.

The Menzingers' latest LP, On The Impossible Past, is arguably their most mature and memorable effort to date. Standout track "Obituary" contains all of the elements that make the band so successful. First and foremost, it's catchy as hell. The hooks will beg for your attention long after you've memorized evocative lines like "I cursed my lonely memory with picture perfect imagery/Maybe I'm not dying I'm just living in decaying cities." The track manages to be anthemic and personal all at once, splicing universal attestations of self-doubt ("I will fuck this up/I fucking know it") with observations that are clearly the product of a distinctly poetic mind.

It is not surprising that The Menzingers have thus far failed to make a splash in the blogosphere to the same degree as comparable bands such as Titus Andronicus and Fucked Up. For all their lyrical sophistication, they lack the ironic, overtly intellectual ingredients that render punk rock palatable to the indie masses. They are unashamedly devoted to expressing the kind of angst that the cynical marketing of endless post-grunge and whiny pop punk bands drove out of fashion in the 1990s.

Still, it would be a shame for anyone to miss out on an album like On The Impossible Past and songs like "Obituary" because they associate it with an outmoded aesthetic. The Menzingers' brand of punk pop is not a revelation, but rarely is it executed with this much passion and attention to detail.
- Eric Shapiro
Streaming source: https://www.youtube.com/watch?v=IbKfxIOqLh0
TOUR DATES
View all X tour dates for . 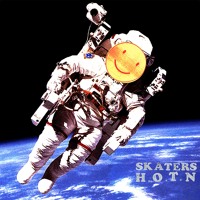 Skaters - Head On To Nowhere