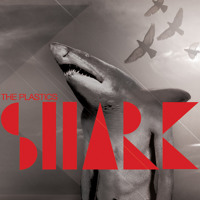 The Plastics are a great group out of Cape Town, South Africa, that we've covered in the past. Since releasing their album Shark in July 2010, they've received nationwide radio play, TV time, and had their song "Those 3 Words" chosen to be in an Apple iPod commercial.

Naturally, that all meant it was high time to produce a music video. In October of 2010, the band embarked on shooting the first music video from Shark for Caves. The video was directed by Academy Award nominees, The Morcos Brothers, and was shot in one single shot. About 35 people worked behind the scenes putting together the creative and logistical infrastructure for the shoot and in addition, 60 performers participated.

Also notable, in 2011 the band will be releasing some remixes of their album. We're curious to hear the direction that those will go.