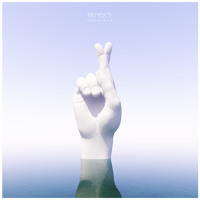 Elizabeth Walker
Published:
Nov 20, 2012
Total plays:
10,012
Saved:
78 times
Sounds like: Gigamesh, The Magician
Tags: Electronic, remixes, nu-disco
Why do we like this?
The Presets' 2012 release Pacifica is most certainly up there for top albums this year. "Promises" is one of the lovely tunes on the album, and Sydney born, L.A. resident Plastic Plates just rubbed his musical feelers all over the track.

The remix adds an upbeat, dancey nu disco feel, taking down the synth-pop melody of the original. Although both tracks stand on their own, Plastic Plates' version is nothing to scoff at. I mean, it's hard to turn a nose up at something that sparkles as much as this remix does.

The track officially comes out December 30, so for now the interwebs will have to resign themselves to streaming their little hearts out.
- Google Elizabeth Walker
Streaming source: https://www.youtube.com/watch?v=k-xYTwz3J5Q
TOUR DATES
View all X tour dates for .