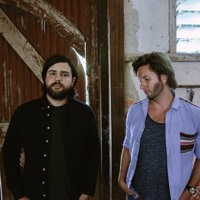 If The San Sebastian look familiar it's because brothers, Dan and Joel Crannitch, were the heart and soul of Australian indie rock favorites, Leader Cheetah, during the early 10’s.

Having broken up to pursue separate musical projects, the brothers have reunited and are ready to take the musical world by storm with their new incarnation, The San Sebastian.

Channeling the indie feel of their previous act, while taking influence from the folk and country musings of yesteryear, The San Sebastian remind me of early Band of Horses mixed with The Avett Brothers and Fleet Foxes. There's an honesty in the song writing, with the duo crafting relatable lyrics dealing with life, family, old friends and everyday surroundings.

First single, "Red River," is an acoustic guitar driven folk rambler encapsulating a feeling of storied nostalgia. Alongside the steady drumming and melodic guitar-work, sits the violin, giving "Red River" a cinematic quality. Dan's unique vocals deliver the sorrowful lyrics beautifully and are the essence of what makes this tune stand out from the usual alt-country fare clogging up the airwaves.

The single is taken from the bands forthcoming debut album, Alive On The Black Sea, produced by the legendary Phil Ek (Fleet Foxes, Father John Misty, The Shins). Although they've only released this one track, The San Sebastian are ones to watch in the second half of 2017.

You can check out the film clip for the track here.

Alive On The Black Sea is set for release later this year. 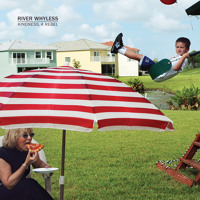 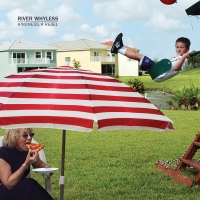