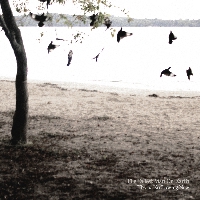 A few months have passed since The Tallest Man on Earth revealed his 3rd studio album There's No Leaving Now. Perhaps it didn't really make a big splash for me given the season it was released -- mid-summer.

Now that we're heading into Autumn, this one's actually becoming a bit more appropriate. On a grey, cloudy day like today, songs like "Little Brother" serve as a nice soundtrack for random musings around the house.

Perhaps the release wouldn't have received such mixed reviews if its timing had been more appropriate. Probably not, though.

I think the biggest problem with The Tallest Man On Earth is that his vocals are so unique, they start to become a bit redundant as time passes on. Still, in small doses, it's pretty chill.