The Undercover Dream Lovers You Don't Have To Be Lonely

The Undercover Dream Lovers, a solo act of Matt Koenig, have released "You Don't Have To Be Lonely." This lush pop single leads the arrival of debut album, It's All In Your Head, to be released February 28th.

I began my journey as a UCDL fan in 2016 when I discovered "Good Luck," instantly featuring it on my college radio show. Since then, I've been drawn to the silky, therapeutic aura of Koenig's vocals. His discography boasts mellow psychedelic elements and dance-able synth pop notes, consistently delivering contagious melodies that get stuck in my head. 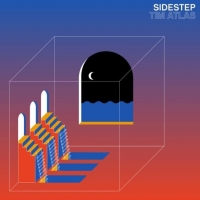