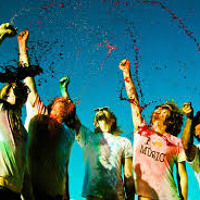 Tin Can Radio It Goes On

Brisbane's Tin Can Radio are described as having an infectious sound. This is truly an understatement; it's so catchy it's closer to a full-blown plague. After releasing their instantly charming debut album Chase the Sun, Hold the Night last year, they've been "hibernating in a song-writing induced coma" for the last 6 months.

Recently released, their current single "It Goes On" is another gem from the five-piece, and listening to it makes me wonder why they're not more well-known. It's got that frantic, electro-pop vibe that bands like Two Door Cinema Club and Foals have made so popular.

Their aforementioned "song-writing coma" has produced a number of tracks, and they've taken the interesting approach to let their fans decide which should be on their upcoming EP (the videos can be viewed here).