Hugh McClure
Published:
Aug 14, 2012
Total plays:
75,171
Saved:
865 times
Sounds like: The Kooks, Fratellis, Last Dinosaurs
Tags: indie pop, Australia, Last Dinosaurs
Why do we like this?
More music from Brisbane's Tourism, who we covered earlier this year. Their single "Horses Back" was a favorite of mine for some time, and the same can now be said about their recently released track "City Never Sleeps."

You can feel a significant Brit-pop influence throughout their music, since brothers James and Joe Wisniewski relocated from the UK. Their British accents and the characteristic Brit-pop change of tempo combine nicely with the tropical guitar riffs, which are becoming synonymous with Australian indie pop. It's a very likeable mix - think the Kooks crossed with fellow Brisbane band Last Dinosaurs.

With a new EP set for release in the coming months, Tourism are set to unleash their unique hybrid style on the mostly unsuspecting public "“ make sure you're prepared!
- Google Hugh McClure
Streaming source: http://soundcloud.com/weareshm/tourism-city-never-sleeps
TOUR DATES
View all X tour dates for . 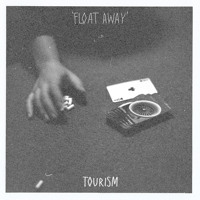