Van She You're My Rescue

After a long break from recording, Sydney four-piece Van She stormed back into the public eye last year on the back of their hugely popular sophomore release, Idea of Happiness. Featuring singles like "Jamaica" and the title track "Idea of Happiness," Van She appeared routinely on the Australian Summer Festival circuit. They've also got a number of their own shows booked for early 2013 in support of their latest single.

"You're My Rescue" is classic Van She. Featuring plenty of smooth synth, warm vocals, and a slight tropical vibe, it's a track which even the most rhythm deficient of us would find a groove.

Break out the Hawaiian shirts, because the Van She party isn't slowing down. Check out the full list of dates here. 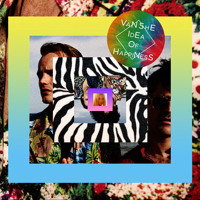 Van She - Idea Of Happiness