Over the instrumental to Notorious B.I.G.'s classic 2Pac diss track, "Who Shot Ya?," Mensa declares he is the next hip-hop superstar and warns everyone to stay out of his way. Mensa name drops everyone from Kanye West to Ice T to Jimmy Page and tells the media he's done with interviews and photoshoots.

Having signed to Jay Z's Rock-A-Fella records and with Kanye in his corner, Mensa feels his time has come, and he may just be on the money. 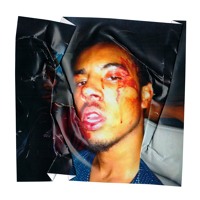