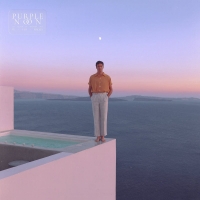 Washed Out Time to Walk Away

Washed Out, aka Ernest Greene, has returned with his second single of 2020; a window into upcoming album, Purple Noon, releasing August 7th via Sub Pop Records. As someone living in the greater Seattle area, I felt an undeserved sense of pride when I read that Greene was releasing proper bangers through Sub Pop again. Greene has a history with the label, as they signed him in 2011 following the impressive popularity of his 2009 track, "Feel It All Around," which was picked up as the theme song for the hilarious satire, Portlandia (a personal favorite).

I swear every person who loves indie can recall fond nostalgia from the Golden Era™ of the genre, which boasted albums like Washed Out's Life of Leisure and Within and Without. Greene, along with Animal Collective and Neon Indian, were artists that pulled me into the chillwave and psychedelic sub-genres of indie, and ultimately shaped my musical preferences. If it hasn't been made clear yet, I have an affinity for Washed Out. Simple as that.

Purple Noon is Washed Out's fourth LP and a project you should definitely keep your eyes peeled for.