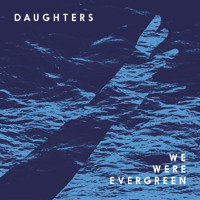 We Were Evergreen Daughters

I must say, I was surprised when I realized that We Were Evergreen have not been featured here yet given the highly enjoyable music they have been putting out, with three EPs in their roster so far.

Formed in Paris back in 2008, the trio is now based in the UK and have currently announced a release date for their debut album, Towards, out on May 5, 2014.

"Daughters" is the first single off the album, and just in case you haven't heard any of their music before, this song is the perfect introduction to the band and their versatile blend of enigmatic pop, electro touch, and their massive sexy groove that's powerful enough to infiltrate you to your core.

The verses are a flowing ensemble of a marching drum beat, a catchy vocal line, and a melange of synth sounds that blend perfectly together. The song is addictive, links up beautifully within its various parts, and has a very cool build-up that keeps me coming back for the groove in between. Give the track a go and you'll see what I'm talking about.

Producer Aeroplane, who remixed JT's "Suit & Tie," has done his own remix of the song and released it a few days ago, so make sure you check that one out as well!

If We Were Evergreen gets that groove moving in you, you can pre-order Towards, their debut album here! And keep an eye on their Facebook an d Twitter pages for any gigs coming near you; their UK headline tour kicks off May 1! 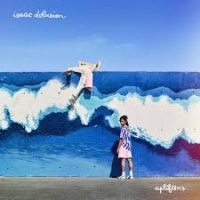