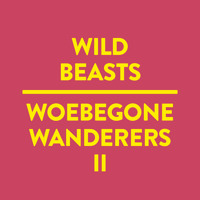 You can always guarantee that English experimentalists Wild Beasts will produce something to really listen to. Combining subtlety and complexity, the Kendal band never fails to prick the ears of fans. With "Woebegone Wanderers II," interest is not likely to die down.

After four critically acclaimed albums, now Wild Beasts bring us an unreleased song recorded at the time of their last album, 2014's Present Tense. A sequel to "Woebegone Wanderers" from their debut album, the song continues the story of two secretly gay football fans having an affair, a shockingly powerful narrative both heartbreaking and beautiful in equal measure, adding a haunting overtone to the calm soundworld.

"Woebegone Wanderers II" follows a track from Wild Beasts' debut album Limbo, Panto, and is a prime example of the band's sound development. "Woebegone Wanderers" jumps between time signatures, and sees Hayden Thorpe switching from soft mutterings to anguished howls. With the second, they achieve a level of consistency in their sound, as well as capitalizing on the use of mellow synths. The result is a cavernous sound space, and a gorgeous melody that could float around your head for days.

Thorpe's vocal performance, captivating and soothing, hits chilling heights whilst still managing to blend in with the track. His lilting falsetto has an androgynous quality, especially when calling the words "give back to me the boyhood dream that you stole."

The few seconds of silence let the irresistible melody sink in, before fading out with a fantastically inventive take on the common football chant "Who are ya?" There are many things to enjoy and explore with this gem, but its melodic simplicity is likely to please any listener. 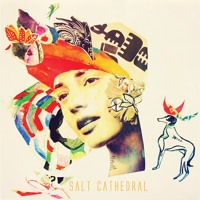