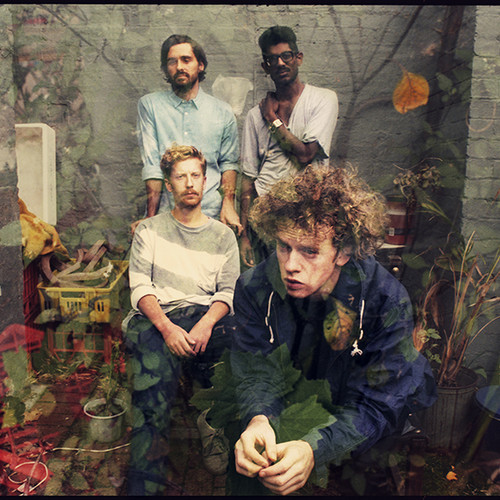 Aaron Blum
Published:
Apr 30, 2013
Total plays:
19,026
Saved:
124 times
Sounds like: LCD Soundsystem, Cut Copy, Giants In The Clouds, Miami Horror
Tags: indie rock, synth-pop, Australia
Why do we like this?
It's been almost a year since we've heard from Melbourne-based indie rock band World's End Press. They were previously touring with Cut Copy in support of their Faithful EP, which featured the track "Second Day Uptown."  Some notable information: the track was recorded by the well-known Dan Whitford (Cut Copy) and mixed by Tony Hoffer (The Temper Trap, Phoenix, M83) -- not bad company to have helping you out, right?

Today, they're back, and again have surrounded themselves in good (great) company.  World's End Press have just wrapped up recording their full-length debut album that was produced by mastermind Tim Goldsworthy.  Goldworthy's pedigree spans from bands like Cut Copy, LCD Soundsystem, The Rapture, Massive Attack, and Hercules & Love Affair -- again, not too shabby!

You can immediately hear Goldsworthy's grungy dance-punk influence in the new World's End Press track "Deadbeat Sweetheart," which takes you on a seven-minute romantic carpet ride to the dance floor.  This track will surely catapult their career into a frenzy, if it hasn't already.

Based on some info on their Facebook page, the band will be coming to the States this year to play a few shows with Cut Copy.  Make sure to keep an eye out for their new album to drop as well as tour dates near you.
- Google Aaron Blum
Streaming source: https://www.youtube.com/watch?v=VzigWxltMzI
TOUR DATES
View all X tour dates for .