World's End Press are one of my favorite live acts -- their songs always sound perfectly on-point, and their energy is so infectious. I often find myself imagining bands playing their songs live, and I can see this being a huge winner on stage given its digitally charged beat and the carefully planned way the tempo is measured throughout. John Parkinson's yearning vocals then sear over the top of the typically sharp synth programming, "exploring a complicated take on nostalgia."

The best thing about the upcoming album release is the fact that it'll definitely be followed by tours, which means we'll all be able to enjoy the World's End Press as much as I do.
- Google Hugh McClure
Streaming source: http://soundcloud.com/worlds-end-press/reformation-age-edit
TOUR DATES
View all X tour dates for . 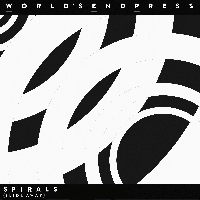