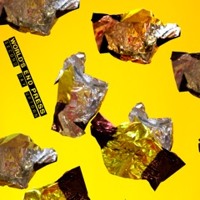 World's End Press are a band I've been waiting to blow-up for a couple of years. Having seen them supporting Cut Copy and opening last year's Splendour in the Grass Festival, they're always a huge highlight -- a band you're always happy to turn up early for. After releasing their debut EP Faithful last year, the Melbourne four-piece will be releasing a full-length album later in the year.

The first single off this album is "Second Day Uptown," recorded with Dan Whitford (the brains behind Cut Copy) and mixed in L.A. by Tony Hoffer (Phoenix, Temper Trap, M83). With that kind of help, it is bound for success, and the guys have turned-out a ridiculously catchy pop-gem. Groove-laden and completely contagious, the production is superb.

If this track is anything to go by, they soon won't just be on everyone's "to watch" lists, they'll be legitimate stars.