Kimberly Manning
Published:
Aug 21, 2010
Total plays:
15,439
Saved:
15 times
Sounds like: Animal Collective, MGMT
Tags: experimental, psychedelic, yeasayer
Why do we like this?
Psychedelic rockers Yeasayer have not always brainstormed through the power of LSD to produce trippy yet poppy bass-driven tunes. The Brookyln band's first studio effort, All Hour Cymbals, thrives with an unproduced sound, gritty even, with near whispy vocals from Chris Keating. At first glance, this doesn't even seem like the same band that just crashed onto every hipster's iPod.

Released in October 2007 on We Are Free, All Hour Cymbals is a mellow, acoustic-heavy version of their present selves. Duh, right? Well it takes a bit of digging to find the pure-rock driven Yeasayer that we all know and love today, but it's there. With Middle Eastern influences, the drums drop heavy beats resembling that of their recent years. Made up of three core members (Chris Keating, Ira Wolf Tuton and Anand Wilder), Yeasayer dubbed themselves as "Middle Eastern-psych-snap-gospel" after this album was released.

With full understanding of all comparisons, Yeasayer takes some of the most unlike genres of music and fuses them together beautifully. "2080" is the powerhouse anthem of this album. Keating's vocals echo throughout the entirety of the song, making this album underrated by means of "dance-worthyness." The vocals range with every tone imaginable -- the song fades out as children sing the lyrics and an acoustic guitar plays a peaceful melody.

One thing that Yeasayer has got down pat is the ability to create visuals in the listeners mind -- of people, things or just patterns. With All Hour Cymbals, as with Odd Blood, the band doesn't back down with psychedelic and trip-tastic instrumentals.
- Kimberly Manning
Streaming source: http://soundcloud.com/b-a-m-records/yeasayer-sunrise
TOUR DATES
View all X tour dates for . 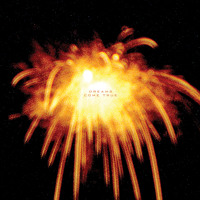