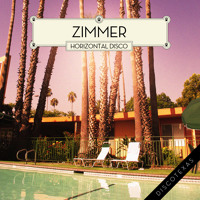 sean o
Published:
Dec 30, 2012
Total plays:
7,092
Saved:
39 times
Sounds like: Moon Boots, Perseus, Lou Teti
Tags: dance, nu-disco, moon boots
Why do we like this?
If there's one thing we all need, it's a little disco. Lucky for us, Zimmer dusted off one his great releases of last year, "Bay Bridge," just in time for New Year's Eve. I've read that Zimmer's originally from Germany, but then was based in France before spending some time in California. Seems reasonable to assume that the guy gets around.

I checked the Indie Shuffle archives and decided that we could show the man some more love. Plus, the track's called "Bay Bridge." As a Bay Area-based Shuffler, there's really no arguing with it. Stream Zimmer's entire EP for a grand time. Thanks again, Duke of Horizontal Disco (no idea if that's something he goes by).